How to Deal with Trolls – The Human Equivalent of the Poop Emoji! 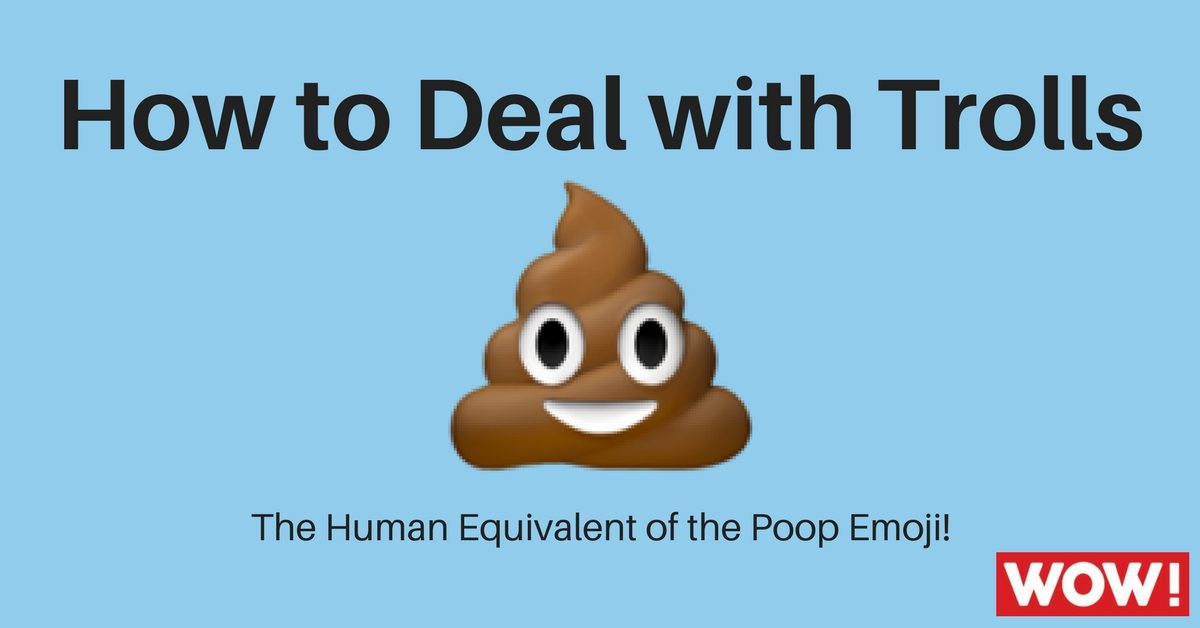 I hate it when you pour your heart and soul into something, only for someone to come along and squish it – the trolls!

I like to think of them as the human equivalent of the poop emoji – not that pleasant to look at, but really not a big deal!

I recently spoke with a client who received negative comments on her social posts, and she asked for my advice – the inspiration for this blog!

So how do you deal with them, those tiny little do-doos – let me help!

Don’t Provide The Trolls a Platform

If you’ve got a blog, and you’re getting nasty comments, just turn the comments off for a little while. Or if you really want to keep the commenting option open, make sure any comment has to be moderated

It may not be what you want to hear, but sometimes you need to look at what they’re saying and distinguish the difference between a complaint from an angry customer, and a troll.

If it’s the former, you need to look and listen for improvements. If it’s the latter, you better get deleting!

Have a Laugh with Them

Sometimes you just have to laugh at a situation and make a joke out of it!

You just to go to Twitter to see a number of businesses that try to make a joke with the trolls, not giving in to their negative behaviour.

It doesn’t work for everyone, but have a go if you meet a Troll!